Inviting a Heathen to Church 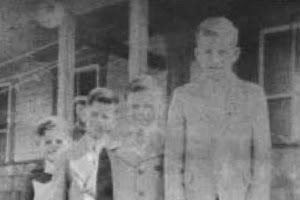 Sunday morning rituals Growin’ Up in Maine included dressing up for church, and Mom putting a pot roast on the stove before we took off for Milo. It wasn’t until years later as an adult that I learned our paternal ancestors were all Lutheran having emigrated from Sweden in the fall of 1881. Turns out that in our small town Baptist was the closest to Lutheran which explains how I was raised.

One Sunday I invited a school mate who was unchurched to attend services, and his Mom was all for it. He was inclined towards hellraising and she thought it would do him some good. I suspect she still believes it was his fault for ducking that day when she threw the boot that killed the parakeet. I was a witness and dang near choked to death trying to keep from laughing.

She was hotter than the dickens about something and my buddy’s reaction was flight not fight as he headed for the dining room. He ducked to miss the bird cage hanging in the archway and it appears good ol’ Mom was aiming for his head! She took out the cage which flew in several directions, and tweetie was a goner. I wasn’t sticking around for the fireworks once the bird was pronounced, so I politely excused myself and headed home. Mind you I laughed at the irony, not the dead bird.

Anyhow, back to church and a different day… this same friend and I took the railroad tracks for Milo heading for the Baptist Church on a communion Sunday. The rituals included the usual small wafers and grape juice for communion, and never real wine. Upon our return his Mom asked about his first time in church and he says, “It was great. They even served snacks”.