Crazy Characters Then and Now 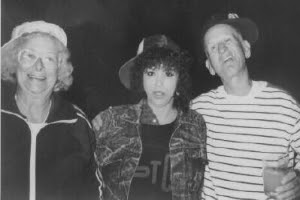 Every small town has their cast of peculiar characters including the town drunk, the down and (not quite) out n’er do well, and the crazy lady. My home town of Derby Maine was no different, and for the most part social, financial, or educational circumstances pushed these unusual people into the roles they played.

None wanted pity. The beauty of the olden days was you knew these people well enough to understand they were harmless. The town drunk bought tiny bottles of vanilla extract just about every day, and I was too ignorant and naive to realize he didn’t cook cupcakes every day. One character rode a bicycle everywhere, and cruised so slowly you wondered why he didn’t fall over. That bike had saddlebags, streamers hanging from both handlebars, horns, bells, and more decorations than an overdone Christmas tree.

The crazy lady looked like the bag ladies of today, and it appeared she never bathed or changed clothes. She hiked the sideroads of Derby and Milo collecting tin cans and bottles, or anything of nominal value that may have future potential. Her routine included talking aloud in a nonstop conversation with no one in particular except herself. She was the scariest I must admit.

As youngsters back in the 1950’s we rarely approached or spoke to these characters.

Today these feelings and memories have returned frequently in situations that are downright spooky. I have at times been carrying on conversations with people and they drift off staring into space talking nonsense. I see more just like this often in public places, and while they remind me of the crazy lady, most are well dressed. It took several incidents to realize that the hearing aid wrapped around their ear was a new fangled wireless cell phone.

This is NOT right! These people should be videotaped and forced to see how they look! How are the normal people supposed to recognize the crazy people if these plugged in nut cases go around staring off into space talking to themselves? I’ve been fooled too many times and only wish I was well enough off to start an anti-bluetooth movement! Let’s bring back 8 track tapes while we’re at it!