Not Quite Hattfield and McCoys 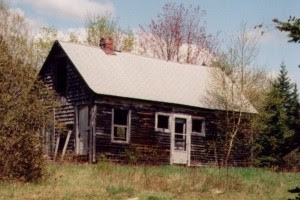 The shootout that warm summer day in Derby, Maine, was not quite Hattfield and McCoys, and the outcome was certainly less deadly. The shootout around 1959 was a surprise attack on a group of youngsters as we played football on Clark’s lawn across from the post office. The solo shooter hid across the side street concealed in tall grass while picking us off one by one with a b-b gun.

With a third kid hit and the ensuing yelp of pain, we realized this was intentional and not hornets. One more was all it took to calculate the angle of attack, and finally we spied the culprit and decided to counterattack. He lived two blocks away, and ran for his life as 6-8 of us gave chase. He’d stop, swing around, and let off one or two shots to slow us down, but he realized we weren’t giving up and headed for home.

Imagine this rascal holed up in a one-story shack with no parents home, and firing out an open window like a scene from the Hattfield and McCoys. He was surrounded, yet we were unarmed, and still taking hits trying to get close enough to inflict some revenge. I can still picture the conclusion as if it were yesterday, and not 48 years ago.

One of the older boys secretly navigated to the backside of the house, and came around the corner pressed tight to the side of the house. From our hiding places spread out behind trees, bushes, and a shed we watched the final drama unfold. The hero made it to the window undetected, and finally the barrel came out once again resting on the window sill. Bam! Down came a 3 foot monkey wrench and doubled up the barrel 90 degrees, and that gun was silenced forever.

Back then the villain was rumored to have done time in reform school before and since, so I doubt his life history ever showed up in anything better than a wanted poster.